Kitto will take the AKC Canine Good Citizen test at The Great Indy Pet Expo November 11 or 12, 2017.  Preparing for this easy certification has taught us how Kitto thinks and learns.

We decided instead to work with Kitto’s natural interest in wrestling.  By encouraging the Play! context for him, and not rewarding undesirable behaviors, Kitto has learned to have a delightfully “soft mouth”.  We trained him to “give kisses” and “licklick” first, and then made up this game with him.

Kitto LOVES the Play! game, and asks for it every day.  We can use it as a training reward in place of food, and it is a fun diversion any time.  Best, we explain the game to people who want to roughhouse with Kitto when they first meet.  A successful first game is an amazing crowd pleaser that puts everyone at ease.  Kitto is a gentle, friendly little buddy!

Human initiates by saying Play! and putting  flat hand on the ground. Kitto can initiate by asking by grabbing a hand with a paw to his chest, or with an open mouth.

Kitto and Hand trade off “winning.”  Kitto tries to get the Hand, and Hand tries to get Kitto’s paws and avoid being caught.  Two-handed Play! is more intense, and Kitto is not as gentle.  One of the keys to the game is that Kitto knows that the game is fair and ritualistic.  He gets to win at least half the time.

The game ends after a few winning trades each, under 30 seconds. Kitto stops and bumps Hand with his nose to offer Kisses or Licks, and steps back expecting to hear “Good boy!” or “Good game!”.  He tells the Human that the game is over, and that he is calm and gentle.  Alternately, Human can stop the game any time by saying “Stop” or “Ouch”, or by holding Hand still.  We often repeat the game few times. 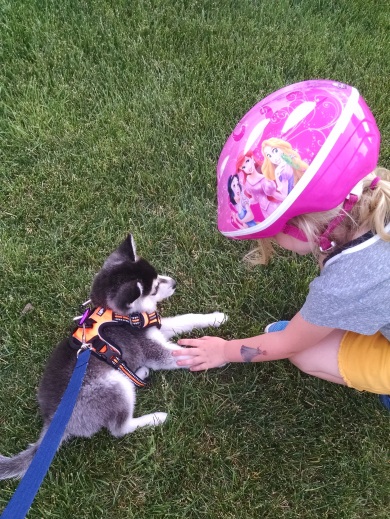 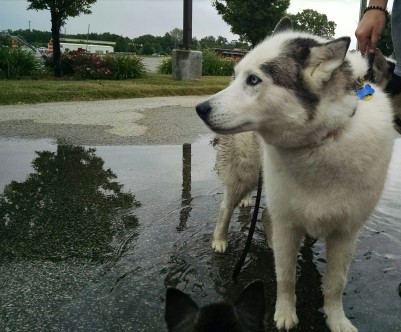 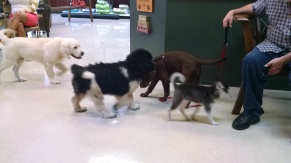 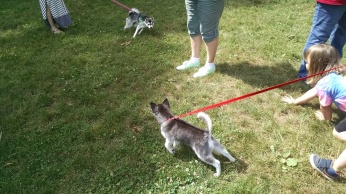 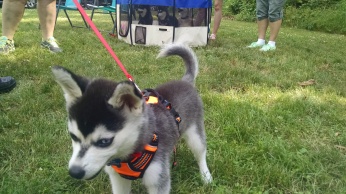 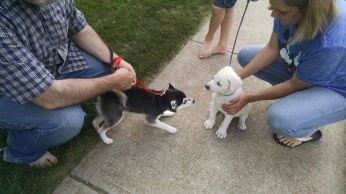 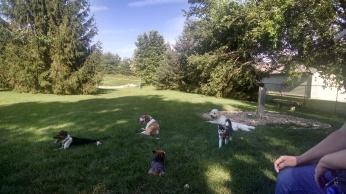 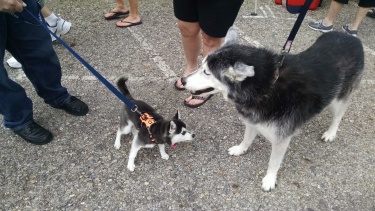 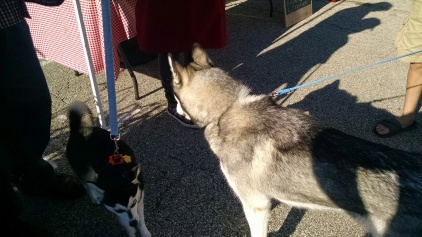 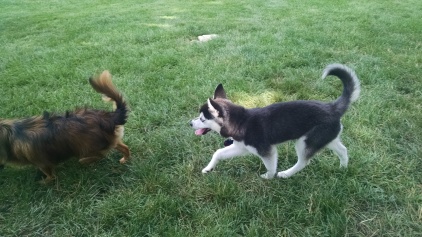